When you make an offer on a home, you’re saying you’re serious. You show this by including with your written and signed contract a check for “earnest money.”  Earnest money, the amount of which varies from house to house, is generally a few thousand dollars, and represents a deposit, one that—if your offer is accepted—holds you and the seller in contract with one another.  The DiMora Team are real estate experts in the Novi and Northville neighborhoods and we see that most sellers will counter your offer unless you offer a great deal more than the asking price.  You should consider your offer as in invitation to begin negations, so you aren’t discouraged or offended when the seller counters.  And keep in mind, you can counter back with a revised offer.  Neither of you has to stop the negotiation until you both feel you are getting a fair deal.  Check out below for what has sold in Deerbrook in December 2014: 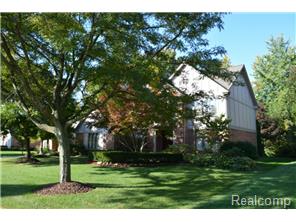 Since an offer is a contract, home buyers are best served by working with an experienced local realtor who can make sure the most up-to-date state and city laws concerning home purchases are covered in the documents.  For more information on Deerbrook, or similar Northville or Novi neighborhoods such as Chase Farms, Wintergreen Park and Brooklane Ridge, contact The DiMora Team today at 248-505-7728 or jim@dimora.com.